#1
The occasional squeal, high-pitched from fright, interposed itself between gasps and choked sobs as the Gremlin stumbled hastily through the swamp. Winded, exhausted, terror impelled it on, muck and grime sucking at boots and fouling its already much-fouled robe. The little creature stank, not merely of swamp.

Will-o-wisps drifted through distant trees as the methane of the place gave light to an eerie glow. Twisted, dessicated trees leered down at the diminutive cleric, clawed branches snagging its clothes, catching it up and causing new outbursts of frenzied shrieks as it flailed madly to free itself. Grunts, hoots, buzzing and chitters permeated the swamp night, underscoring the frightened howls and sobs.

Not far behind it, taking things at a liesurely pace, an impossibly tall, thin and black creature skulked along. It moved along tree branches, gliding over water, using the methane gases as cushioned walkways. It was a slice of night and nightmare, mad, razor-sky eyes glinting. A touch of the absurd, the impression of a stetson and a neon-green dinner jacket that looked like discarded garb hung on a mobile, giant stick-figure.

The Gremlin looked back, caught sight of it, screamed incoherently and pushed itself faster. Too quickly to watch the ground ahead, it tumbled into a murky wash. Sobbing, gasping, weeping nonsense, it clawed at muddy roots in the unnatural gloam, practically hurling itself up and out.

The thing was still back there, perched on the branch of a tree, an insectoid appearance with spindly, too-long legs bowed out. It looked ready to spring. A massive smile, too wide, to huge for a normal face exposed perfect white teeth.

The gremlin propelled itself forward, crashing through the brush and the much, screaming again; ahead was the Inn, safety. Sobs of horror and fear shifted to relief.

A hand more akin to a claw darted from between branches, snatched the collar of the Gremlin's robe, hauled it up off the ground. Up and up and up, defying normality and perspective. It twisted and flailed and howled piteously into a shadow where it knew a face was, with mad eyes and perfect teeth.

A flash of white, and silence for a moment.

The hooting, the grunts, the chatter of the swamp night returned in a few moments. Stranger things had stalked this place, it was not perturbed long. The Gremlin, in a daze, staggered the last quarter mile to the Inn, directly toward the entrance and proceeded to bash its head against the doorstep in a slow, methodical rhythm, all the while muttering "Chocolate Donkey Pianos." *THUMP* "Chocolate Donkey Pianos." *THUMP*

Back a ways, in the trees, an odd little man sat on a treebranch swinging legs like a young boy happy with a prank, grinning.

"Well, that was fun. Amazing, what you can get away with out in the sticks."
L

#2
Opening the door of the Inn, she considered the Gremlin beating its head on the doorstep. Sighed. Slammed the door shut. Something had tinkered with the inner workings of the tainted tinkerer. She'd seen it before. She smiled. 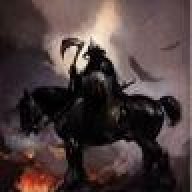 #3
*kicks the door down to the Inn and promptly steps on Adamnan* Son of a bitch, these were clean boots *shakes the blood off* So LC, what we killing today? Some priests, maybe a harmory character or two???
A

#4
Adamnan, still perched in a tree a ways out from the in, counted under his breath, suppressing a giggle...

The gnome, stepped on, exploded in a shower of piano keys, chocolate and donkey crap, liberally drenching whoever happened to have his mouth open and conveniently happened to be kicking open the door of the Inn.

#5
You've squashed a Gremlin, Dewm. And made a horrible mess. Typical.

*The sunlight, filtering in through the moss hung trees outside, highlighted a particularly large gout of donkey crap on Dewm's shoulder. A piano key stood at rigid attention directly in the center of the pile, and chocolate slowing slid down its ivory surface. She recalled a song about ebony and ivory living together in perfect harmony. Nobody said anything about it being in the center of a pile of donkey crap. Wonders. Amazements. Amusements.*

Killing harmonics doesn't make the world a more pleasing place, Dewm. We just need to give them the opportunity to commit Chaos, and become enthralled with its endless possibilities. Remember the very best conquering armies made citizens of their victims. Everybody just wants to know who they are.

*The chocolate, completing its slide down the piano key, began to turn the donkey crap into a moonpie.*

Lets begin our work by randomly stopping at shacks in the village and giving some poor wretches a fine set of clothes to wear. If the clothes makes the man, we should begin to see a fissure in the unified front of the unfortunate many, quite quickly. Or we could be surprised. Wouldn't that be nice?

*She smiled as the chocolate completed its delicious shell over the donkey crap on Dewm's shoulder.* 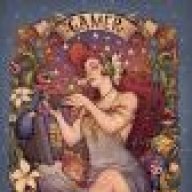