#161
Does anyone have contact information for Macros? Again, I'm willing to put money where my mouth is and fly/drive out to discuss further. I didn't play Emp everyday; but I'd hate to see it die.

#162
Reonis said:
Does anyone have contact information for Macros? Again, I'm willing to put money where my mouth is and fly/drive out to discuss further. I didn't play Emp everyday; but I'd hate to see it die.
Click to expand...
All I have is this email, but i have wrote a couple times and get no reply since Beamer passed........................... Macros@irealms.com

Staff member
#163
Macros checks in here from time to time, i suggest leaving him a PM here.
R

#164
slohand said:
Macros checks in here from time to time, i suggest leaving him a PM here.
Click to expand...
I have. My most recent one was on 8/12 so hopefully he'll respond when he comes by next.
A

#167
Annul said:
anyone hear from him lately?
Click to expand...
Not a word. I wish there'd be something...even a partnership with others to get it up and running again. I'd love to contribute and support. 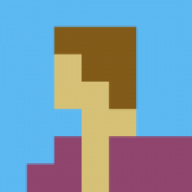 #168
I've spent a ton of time getting Yserbius and Twinion running on a modern platform. For all my effort, MedievaLands has just hit 24k played hours after 18 months of uptime. Just 1000 days of player time ... not a lot! And during that period, the game has cost me over $500 in certificates, hosting, etc. just to keep the lights on (mostly certificate costs, actually; hosting is only $60 a year).

I never played Empiriana, so I'm unfamiliar with what made it different, and/or a better game than its precursors. I assume that getting Empiriana running again would be a work of a few hundred hours for a reboot with the original code, or a few thousand hours for a remake like I did with Yserbius on MedievaLands. Not to mention a few hours of upkeep every week interacting with players to make sure that they know I'm listening to their concerns and bug reports (the players are the best part of the game for me!).

With all this in mind, I totally understand the original developers' lack of interest in bringing this game back. It's an expensive hobby, and for old games like this, it's a lot work, a lot of cost, a requirement that you commit ongoing hours to community management... and not a lot of demand.

I have no desire to give up working on ML. It's a labor of love and of nostalgia. But this project has also given me a lot of insight into the huge amount of effort required to get an old multiplayer game working again. I understand why someone else wouldn't want to go down this path!
A

#169
empiriana was almost completely playable when it was brought back the last time. in fact, macros even told me (as i was betaing it) that if he had known it would be that simple to get it ported to modern infrastructure he would have done it years ago. there were a few glitches, like set fights giving incorrect rewards (a fight meant to give "5000 bonus experience" was instead giving 5000 permanent HP......) but these were just mismatched IDs in tables, easily found with simple beta testing. the game itself worked, no crashes etc.

a LOT more people played empiriana than played original medievalands, too -- a campaign in the various places (reddit etc) to announce empiriana was back would probably get a bunch of people coming back to it (never mind new people too). empiriana is like skyrim whereas yserbius/twinion/cawdor is like oblivion/morrowind.

#171
ZaneDubya said:
I've spent a ton of time getting Yserbius and Twinion running on a modern platform...I have no desire to give up working on ML.
Click to expand...
I know I've shared this personally, but I'm very appreciative of the work you've done with ML. In my case, I cycle through interest in a small handful of games and currently my attention is on Beamdog's Neverwinter Nights Enhanced Edition. Though I check the forums here daily, I don't play ML but I know I'll eventually cycle back to this gaming space. Please know that I'm thankful of your effort and attention to ML and am glad that you're here!

#172
Thanks for your kind words! Like you, I return to my favorite old games for a good play through every few years: Betrayal at Krondor, X-Com, Alien Legacy, and of course the old Sierra Adventure games. Nostalgia is a heck of a drug. Prior to MedievaLands I'd also return to Yserbius every few years, an experience which would more often than not kick off another attempt to recreate the game.

Currently I'm working on a brand new enhancement to the old Yserbius game - a rewrite of the old itemization system. Perhaps it's still possible to teach an old dog new tricks.
A

#173
has anyone been able to find macros at all any time recently?
R