Hail all and where are you!!

Staff member
#1
A long time member of KOY, I want to say hello to any and all KOY members who travel back this way. Please register and post here and let us know who you are and what you have been up to. we miss everyone. Battle Well ``` 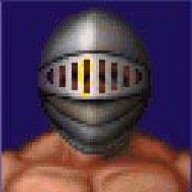 Hope all is well. I am alive and well in the realm of EverQuest2 and DDO.

I was an officer in KOY for a short while under Allison and DC in Lance Lair, waaaaay back when... the character's name was Smashet, though she rarely wound up getting played - since Listle, Lishler, Crash and Indigo were so blasted much fun!

Nice to see this here - thanks Slohand!
J

#4
ah, the Knights of Yserbius... such a fine guild. I was my first... and while it was painful, after a while the pain subsided and I was able to have fun. My funniest memory is when I was playing an alt I think named Ni'eve, and the guild master found me and gave me quiet a tonge lashing. I was really worried...how times change. Now I have 12 alts Did I mention how thrilled I am to be home. I can hardly wait to dance on the bar in the Tavern. <skips around joyfully> woo hoo!

KOY was my first guild too. I don't remember which host or who was leading it... maybe cuz we had too much fun <hic!>

#6
Not only was it my first guild, but I think they even let me in around my 1st or 2nd day of playing Yserbius

#7
LOL, I was pretty "green" when I joined too. No wonder why they were the biggest guild at one time hehe.

#8
I posted a few old KOY rosters in Yserbius Taverns - Role Play Inn.
Maybe you'll find an old bud's name on one. Heck, maybe even this sites creator is on one!
I

I hung out mostly in Roleplay Inn, but somehow wound up as the OVL of Dragon Court when they added that server, after Nymph retired to IM.

Joined when Rainstorm was the OVL of RPI.

#11
I played orc wizard named Reikes, I joined KOY right at the time that Fates was released and became QM, but for the life me me I can't remember what server. =(

I later went on to play hard-core Everquest, but it was TSOY that made me go out and buy my first mouse! =)

Greetings all Good to see this site, and this forum!

I was just thinking about Yserbius a couple days ago, when I got a PM today on the Vault from an old Yserbius hand (whom I didn't meet until we were in Empiriana).

What grand times we had back then, eh?
L

You were OVL of KOY? Wow, I guess it has been a bit, that part had slipped my memory! <grin> Did ya see that Alli and some of the old MH gang are around and about? :twisted:
S

#14
Listle said:
You were OVL of KOY?
Click to expand...
Yep; I think I was right after Alli; or there may have been one person in between us. Trying to remember which server I was on then though...I think MH. But that was a long time ago...before I became a grandpa

I was a KOY overlord on an Alt hider.

Only Rainstorm, His wife, Nymph and Blodyn knew who I was

and I was also IrishAle from NOTS ;p

I was a KOY overlord on an Alt hider.

Only Rainstorm, His wife, Nymph and Blodyn knew who I was
Click to expand...
You've got to be kidding me!! 8O

Since you're out, confession time for me too: I was GayCelt and Rainy was my secret lover.

* Walks in and Grins at all the old folks *

Now Now Now.....If this is not a sight for sore eyes. It is good to know so many good people out here are still around and remeber what fun was about. An awesome site and great place to see everyone once again : )

I learned how to type since we all last met.

Hail KOY and all our fellow TSNers

BTW Daven..that was a secert you pillow biter. Some things dont change.

Welcome home. I am sure you will find Yserbius.Org filled with the same great people you remember.. If i can do anything please let me know.. Slohand
R

#19
BTW whats the guilty confession for there BC, you honestly cant be ashamed now can you? Some good quality folks walked through those doors.

#20
Rainstorm said:
BTW whats the guilty confession for there BC, you honestly cant be ashamed now can you? Some good quality folks walked through those doors.
Click to expand...
Guilty as in: Secret Identity.

I always prided myself in being able to portray various persona in the days before Roleplay died.